20, August 2015: Modern citizens are living in such big cities that the traffic has been the problems which haunt people. Endless carlines on the roads, huge crowds in the metro and on the buses and the air pollution caused by cars remind people again and again that it’s time to “break up” with the terrible city traffic today. Fortunately, Airwheel has brought the intelligent self-balancing scooters to the grand public. 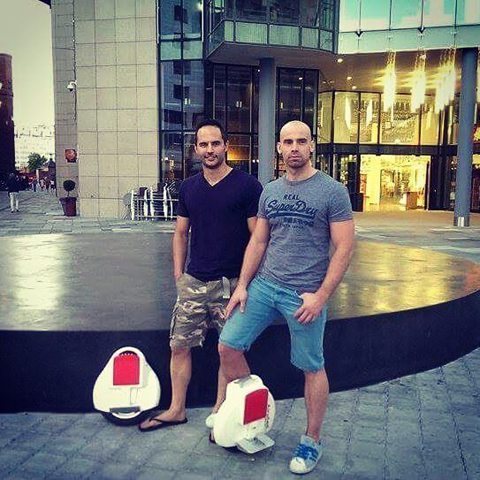 All the hardware and software of Airwheel X5 make it possible to ride it for “breaking up” with the traditional city transport problems. The small size and extreme portability make Airwheel X5 the “Walkvehicle” for people. And the powerful performance of Airwheel X5 make riders possible to travel on all types of roads like sidewalks, underground passages and so on. But there is no need to worry about the accidents of running into someone. Airwheel X5 have the most intelligent system with the quick response to riders’ orders. The control of Airwheel X5 will be just like that of controlling one’s body parts.

Airwheel X5 intelligent scooters are the suitable vehicles for all roads in the city. So with Airwheel X5, modern citizens will experience the truly free transport in the city. Time to “break up” with the traditional city traffic problems!