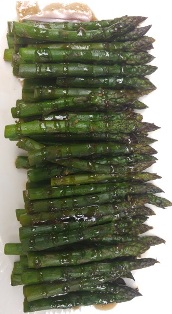 Driven by her passion for the culinary arts, Tina Corbin has decided introduce the â€˜down home’ flavors of Lowcountry cooking to the people of Tavares. While there are numerous culinary options for food from sushi to steak and ice cream within walking distance of the famous Tavares waterfront, there currently is no Lowcountry cooking option. Located in the heart of downtown Tavares, Meely's Dream seeks to that void.

Lowcountry cuisine is the cooking traditionally associated with the South Carolina Lowcountry and the Georgia coast. Lowcountry cuisine shares features with Southern cooking. With its rich diversity of seafood from the coastal estuaries, its concentration of wealth in Charleston and Savannah, and a vibrant African cuisine influence, Lowcountry cooking has strong parallels with New Orleans and Cajun cuisine. “We have a lot of interactions with people from all over the country here in Florida. We have yet to find an establishment that brings down home low country meals to these people.” Said Corbin. “We feel we can brightens someone’s day just by having something their "grandma" use to make. Some food to soothe the soul.”

Meely's Dream will be located downtown, near the waterfront in what now is an abandoned storefront. The renovations for Meely's Dream will primarily be a family job. In addition to being a culinary artist and entrepreneur, Corbin, collaborating with her brother, have a strong history of remodeling old buildings. “The building is set in the downtown area where a lot of traffic comes through daily. We will partner up with other businesses in this area to put on art shows, car shows and musical events to ensure traffic stays constant,” says Corbin.

Kickstarter is a funding platform for creative projects. Everything from films, games, and music to art, design, and technology. â€˜Backers’ who support a project on Kickstarter get an inside look at the creative process, and help that project come to life. All â€˜Backers’ of the Kickstarter campaign who pledge $25 or more will be eligible to receive company recipes and various promotional items from Meely's Dream.