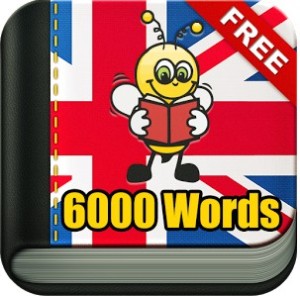 USA — The Learn English 6,000 Words App, a popular Android app developed by FunEasyLearn has reached another milestone with its latest achievement of 1,000,000th download on the Play store.

Check out this interesting Android app by logging on to https://play.google.com/store/apps/details?id=com.funeasylearn.english

There are tons of similar apps on the Play Store, but many wonder what is it that has attracted one million people to try out this exciting app. It’s undoubtedly the free vocabulary app’s ability of easy and fun way to learn English vocabulary . With new features like tutorials, phonetic transcriptions, and the addition of translation for 28 languages (including Korean, Russian, German, Chinese, and Japanese to mention a few), it’s difficult to find another app as efficient as this Learn English 6,000 Words.

Taking pride in their new achievement, one of the app developers at Fun Easy Learn heartily thanked the community and was quoted as saying — “We could not have reached this milestone without the support of the FunEasyLearn community who has been spreading the word about the app. Thanks to everyone who has told a friend about how FunEasyLearn helps people learn a foreign language.”

Further, the team at Fun Easy Learn is very happy about the fact that one million users of Learn English 6,000 Words continue to rate it with an average of 4.4 out of 5 stars on the Google Play store. The vocabulary of the app is divided thematically and it covers a majority of the aspects of daily world usage, from the hotels to restaurants, the workplace to home, and more.

Elaborating about their aims for the current year, a senior app developer went on to say — “We expect another big year in 2014. Keep sending us your feedback and we’ll keep working on making the app the best language learning app in the Google Play Store!”

Those who want to download this cool app can do so from Google Play on any Android tablets or smartphones for free. For those who’re more responsive to visual or audio learning, it’s absolutely easy to learn the language with this fun learning app.

To know more about the app developers, log on to http://www.FunEasyLearn.com