07, December 2015: On fifth, November 2015, LG has released its new smart phones LG G flex 2 and LG G4 Beat. Different from other new products release conference, this time LG joins hands with Airwheel self-balancing electric scooter in Uruguay. It turns out to be a great success, as an increasing number of individuals are willing to have a trial ride on Airwheel intelligent electric scooters. 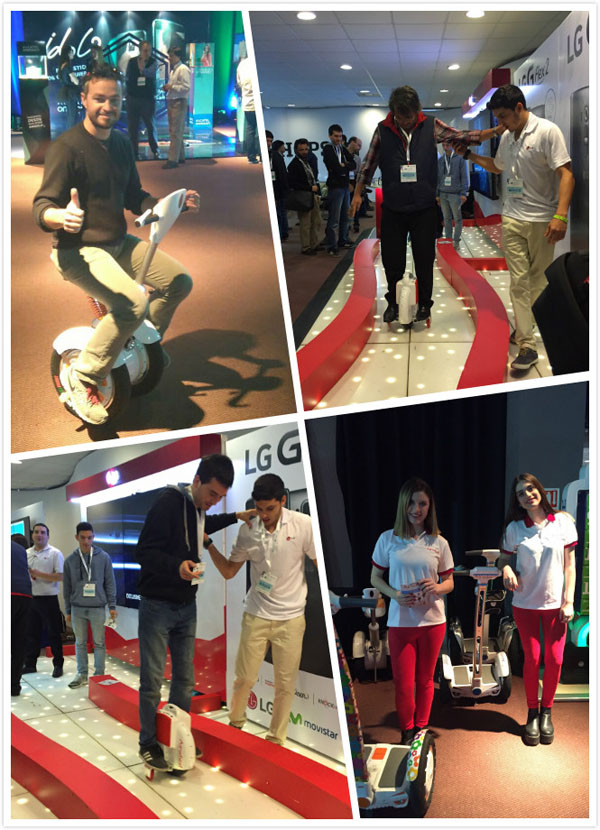 On the scene, folks are lined up to ride the Airwheel electric self-balancing scooters, as described in the photo. Airwheel electric hoverboard are aerospace attitude control theory, fuzzy software algorithm and gyroscope system to maintain balance by leaning forward and backward, which is similar to the techniques of riding a bicycle which has gained a growing popularity.

Though the Airwheel twin-wheeled scooter are the most difficult to learn, compared with the Airwheel two wheel self-balancing electric scooters, a host of consumers cannot wait to ride it. Airwheel one wheel scooter is well known for its flexibility and portability and is widely enjoyed by office workers and those who love extreme sports. For beginners, the exclusive auxiliary wheel has been rolled out to lower the lever of difficulty during the process of learning Airwheel one wheel scooters. 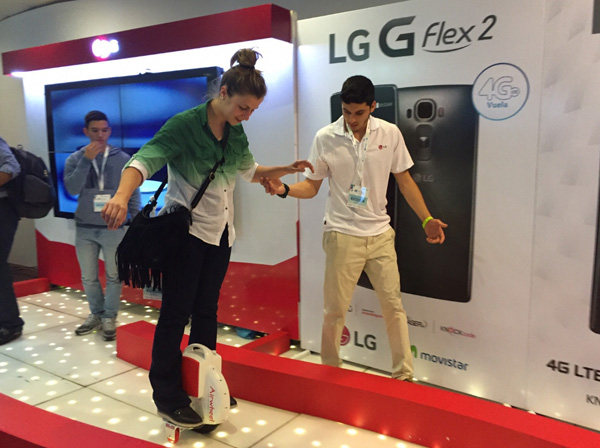