01, July 2016: In Airwheel S series, there are six different models of 2-wheeled electric scooters, including S3, S3T, S5, S6, S8 and S9, among which the S5two wheel self-balancing electric scooter is positioned as the personal exclusive SUV scooter.

Airwheel S-series came out in 2014, and the founding models are S3 and S3T. The two models enjoyed a great popularity in the market ever since they were released. On the one hand, the original two-wheeled structure was a veritable breakthrough. On the other hand, the design of S-series seemingly took some beatings that are hailed as the ultimate in the design of scooter, sleek and contoured. 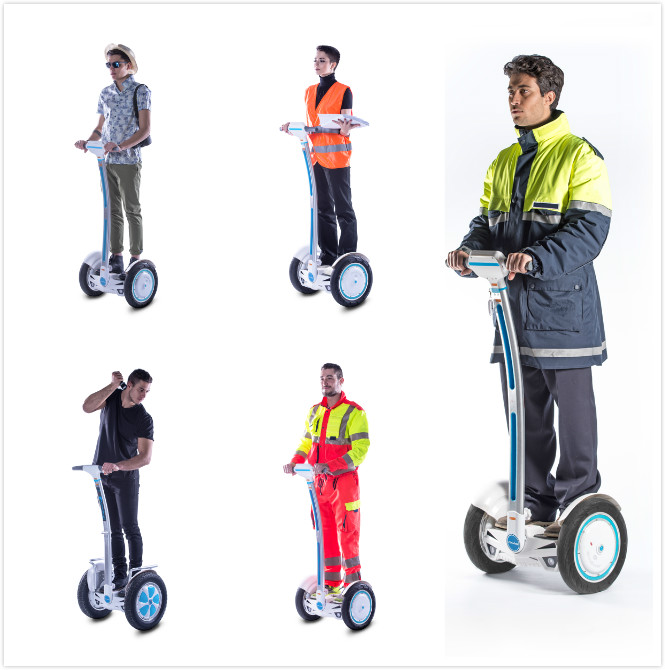 Since S-series has reached such a zenith of design, people cannot help askinglike this: whether there will be new members to S-series and if so, what could the new member be like? Airwheel S5 standing up electric scooter was added to S-series on 18 June 2015. Airwheel S5electric self-balancing scooter is positioned as the personal exclusive SUV scooter. It partially inherits some elements from S3, but it has also gone through some upgrades and refinements. 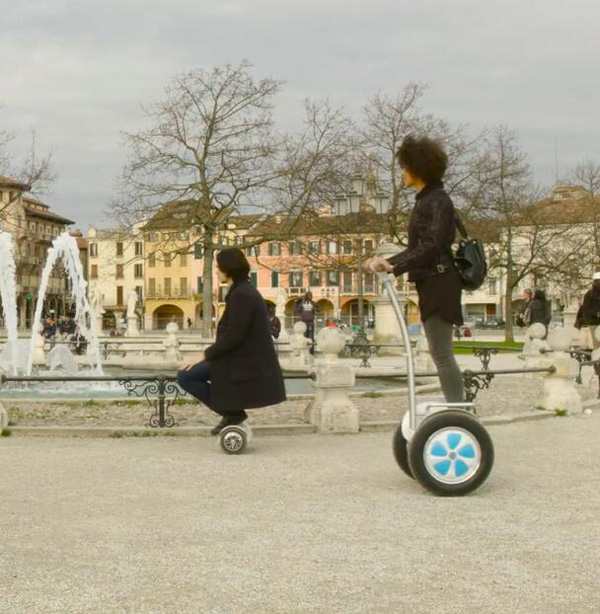 Airwheel S5 is an upgraded version of S3. S5 self-balancing two wheels hoverboard still adopts the two-wheeled structure and the standing-posture riding mode like S3. Sleek and contoured, S5 is as stylish and dashing as S3. The pure imitation is obviously insufficient. Airwheel S5 is upgraded and refined all round. 16-inch jumbo tyres are mounted on Airwheel S5, as twice big as tyres on S6. With the help of such jumbo tyres, S5 can conquer negotiate on the rugged terrain or go downing the steps.

From the aspect of battery, S5 2 wheel electric scooter employs 520 battery, which offers larger lasting power capacity and longer range than S3. With S5, there is no need to be anxious about the electricity blackout halfway. And the longer-distance trip will no more take some doing. Additionally, S5 makes a big progress in saving storage space, for its shaft is foldable. The user can more easily put S5 into his trunk when he gets around.

Even though there are new models coming to S series, say S6 and S8electric scooter with seat, S5 electric standing scooter still possesses its charm and popularity.