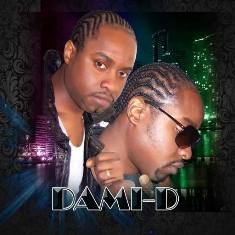 On May 21st, 1982 a Jamaican star was born. Damion Hopeton Watson, known by his stage name as Dami D, bust out onto the music scene in 2000 when he was signed to M-Phatic Records on a one year contract. At the age of 17, Dami D performed at multiple stageshows around the island.

The young artist recorded several songs and collaborated with Marvin Clarke (Wasp), Earl Pollack (Raw Raw aka Bazra God), Otis Fagan (Rholin X), Fras Fusion, and Joseph Elliot (Zedi Jah Secret), and producers, such as Steven Ventura and Mikey Irvin.In 2001, Dami D was hailed by the Jamaican Daily Gleaner as being in the running for superstardom. By this time, he had compiled a number of original songs such as "Dun Wid Dem" and "No More War".

"No More War" was released by Ashquad Records in August 2002. This became the leading anthem of Jamaica's national election campaign. Dami D was featured on Jamaica's tv show, "It's morning time, Best of Smile Jamaica" and was chosen to entertain the Prime Minister of Jamaica, the members of the Ministry of National Security, and Justice at the National Youth Peace Conference.

Dami D participated in the Caribbean Music Expo/ United Nations Educational Scientific and Cultural Organizations (CME/UNESCO), Artists in Development Workshop and Showcase, where he learned about and had hands-on on tools to help manage his career in the music industry.

Later on Dami D's futuristic approach was to independently produce his own songs after understanding the production and marketing strategies needed.

In 2008, Dami D was granted a work permit for music to showcase his talent into the US for the purpose of reaching a larger fan base to spread his love of the Jamaican culture, the genres of Reggae and Dancehall music globally.

After performing at local open mic events at various lounges and bars. He quickly gained momentum in the streets creating a buzz as he traveled intermittently between the states and his homeland of Jamaica.

In 2010, Dami D migrated to the US where he made connections with producers and artists alike such as Invisible beats, Peela Productions, John Q Publaq, Costar, Bars and Varcity.

In the same timing Dami D met a West Virginia based upcoming rapper and also co-producer Snyd (Nicholas Snyder). They have produced a series of songs in Dami D's home studio, hits such as "Love & Unity," "Crazy Love," and "Body Language" featuring another artist and coproducer Zacharias (Zachary Stubbs).

More recently Dami D has been working with new producers, Juan Hozan (JVH Productions), Warbuss and many more, talking on Live Radio Interviews with host DJ Spytal West Coast Radio Gamibia, during which he has been making connections across the world.